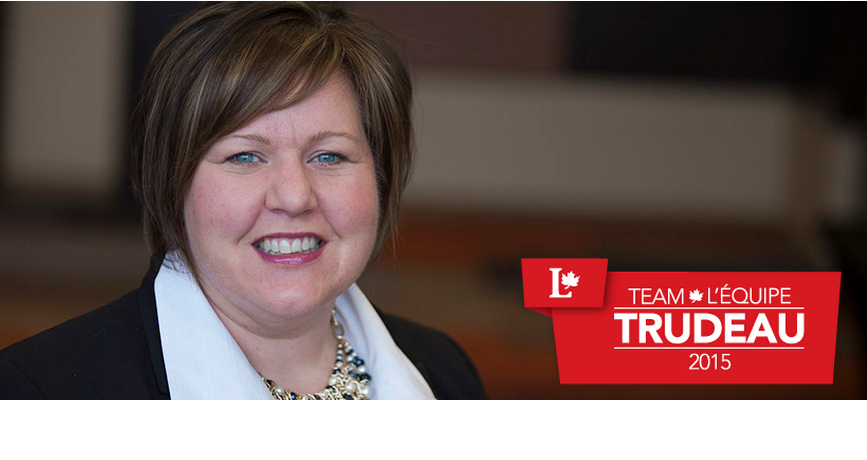 During the final weeks of the election campaign, the NWLC will be featuring short interviews with women running to be elected as a part of Team Trudeau, all across Canada. Our first installment features Alaina Lockhart, the Liberal Party of Canada candidate in Fundy Royal. NWLC: What’s surprised you the most thus far into your campaign?

Alaina: I would have to say the most pleasant surprise has been the number of people who have commended me for putting my name forward as a candidate. It certainly is a personal commitment and it impacts every aspect of your life so it is encouraging when people recognize the service you are doing.

NWLC: What are you hearing the most at the door?

Alaina: The most resounding message at the door is people’s feeling that Atlantic Canada has been marginalized by the Conservative government. It’s not about wanting more hand outs; it’s about wanting to be recognized for the abundance of resources that we have here and what we can contribute to this country given the opportunity.

NWLC: What’s your best campaign skill/secret that you’ve picked up over the last few months?

Alaina: One of the best “skills” I’ve learned about campaigning really isn’t a skill at all…just be yourself. Each of us candidates have stepped up because we feel passionately about our communities and our countries. People want to know why you are standing in front of them as a candidate, that you are genuine, and committed to work hard for them.

NWLC: Any advice for women who have thought about running before, but have yet to take the plunge?

Alaina: Regardless of gender, I think any candidate needs to make sure they have a strong support base. Campaigning can be tough and is definitely all consuming. The people closest to you need to be committed to you and your candidacy in order to “keep the wheels on the wagon” for you when you are preoccupied. It won’t work for every one or for every family.

To find out more about Alaina, visit her official Team Trudeau candidate site.